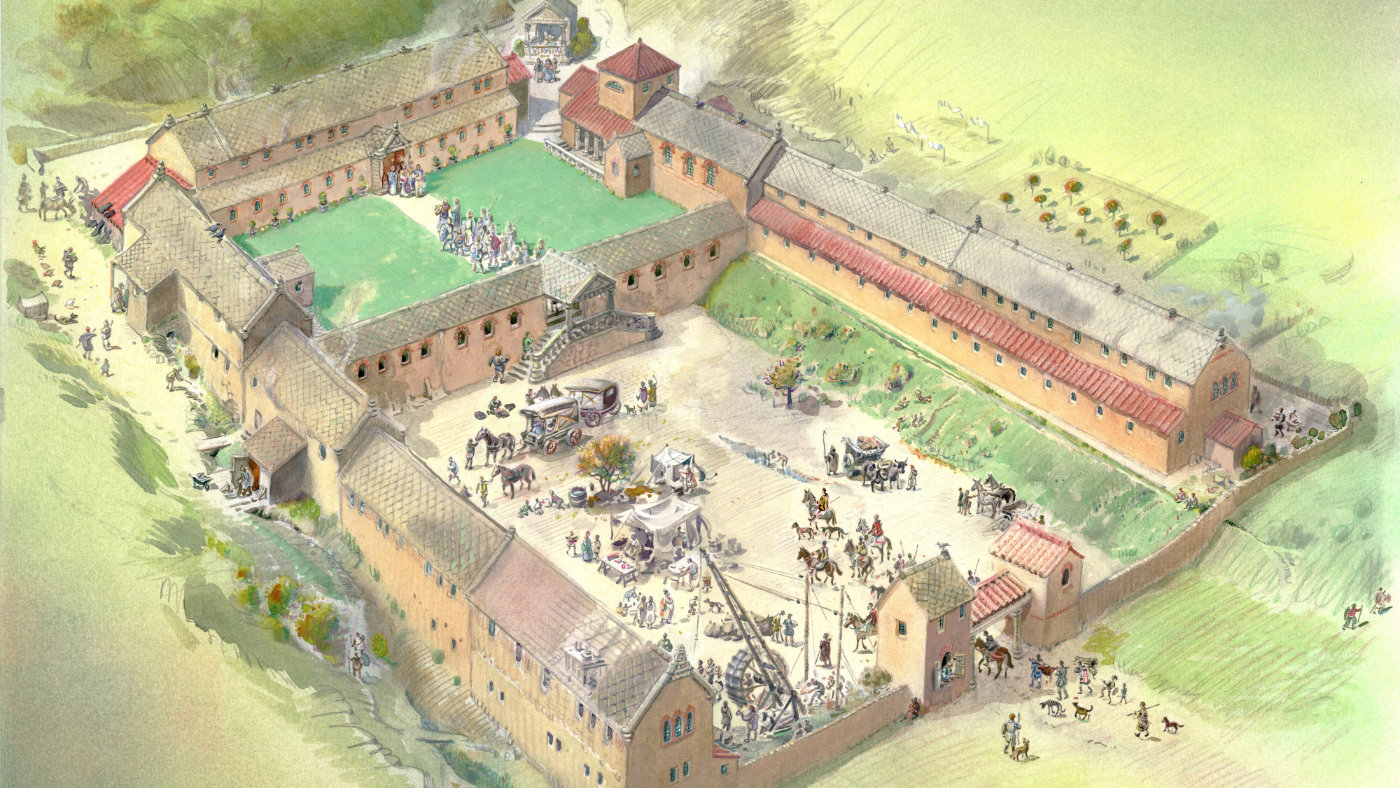 The main rooms were decorated with coloured plaster walls and, if they could be afforded, mosaics. These decorated floors were a statement of your wealth and importance. The grander mosaics had to be done by experts and they were expensive. A master mosaic craftsman would map out the picture while those who worked for him did the actual work in making a mosaic. Though mosaics could be spectacular, furniture, even in the homes of the rich, tended to be basic.

Stools were common as opposed to chairs and reclining couches were used. Houses also had water piped straight to them — unlike flats and apartments. Lead pipes brought water to a house. Turkdean, Cirencester. Site of a major Roman villa complex which appears to have been occupied from the late second century until the end of the fourth. Coins, pottery, floor tiles, millstone fragments and a stone-lined water course have also been found, while aerial photographs have suggested a substantial complex.

Brading, Isle of Wight. Artefacts include pottery and jewellery, while floor mosaics include images of Orpheus, Bacchus, a cockerel-headed man and gladiators.


Box villa, Wiltshire. The building probably contained at least 50 rooms, including a huge reception hall that was 40ft long, 20ft wide and 30ft high. Many rooms had central heating, most had glass windows and the interior walls were plastered, painted and decorated.